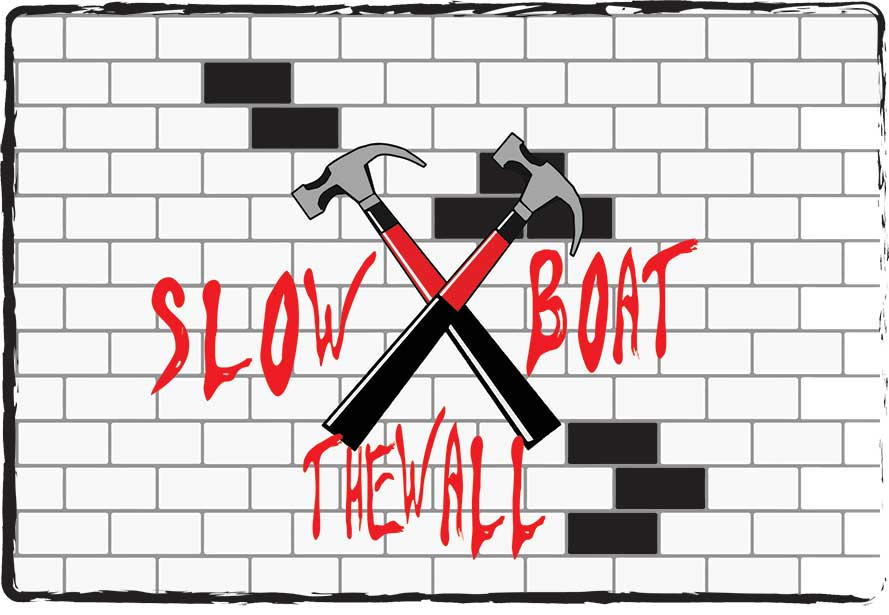 Well folks, 5 years after we opened the Slow Boat Taproom on Dongsi Batiao, we have received notice that the architecture above us is in violation and will be removed. This has nothing to do with us. Our business and operating licenses were renewed less than 1 month ago. For those that don’t know, this is part of the 开墙打洞 campaign and there are three stages: 1) correct architectural violations, 2) brick up entrances / doors in violation, and lastly 3) buy back the land so it can be renovated and resold. When renovation starts our beloved Taproom will be closed. We are not certain how long. In fact, we’re not sure if we will be able to reopen. Only time will tell. Still, we are forced to plan for the worst. Yeah. We're sad too. But take heart! The news is not all bad. At the Taproom our last day of full food service will be Friday, the 19th but on Saturday, the 20th, we will be celebrating 5 years by offering pints of our Monkey’s Fist IPA for ¥5 a pint. So come over, grab a beer, and let's go down with this ship....

It’s official! Slow Boat Brewery Taproom has won the “Best Burger in Beijing” title from TheBeijinger magazine. Last year Slow Boat Brewery Taproom won 2nd place in the same burger cup that compares and rates burgers from around the city. Slow Boat’s “Anxiety burger “ and its “Fryburger”, described below, were responsible for it’s rise and ultimate victory over the 3 year reigning and undefeated champion, Home Plate BBQ. It all starts out with a sesame seed hamburger bun made fresh and delivered daily. They’re light, not overly sweet and perfect when lightly grilled. The “Ayi-ioli” sauce is a nutty and fragrant East meets West family recipe and the kungfu behind the Fryburger’s spicy kick. At the heart of the burger is a special all beef patty with a Jenga of beer battered fries stacked on top and blanketed with cheese. There’s not another burger like it in Beijing. Here are a few voter’s comments about the FryBurger, as reported by TheBeijinger -- “Putting fries in the burger is just pure genius,” a sentiment echoed by more than a few Slow Boat partisans, and “Their burgers are that perfect bite of beef and cheese," and "Salty, savory, creamy, a crispy bun ... 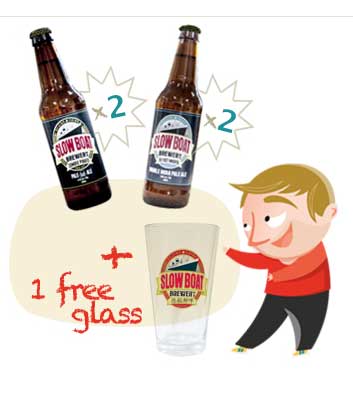 A beer is better when it's served in its own glass. This week, get off the wagon and onto the boat with Slowboat Brewery! These fresh and unpasteurized beer are conceived in Beijing and brewed in the US. The Zombie Pirate Pale Ale is a medium bodied Pale Ale with aroma of fresh but subtle citrus hops. It finishes semi-sweet with a touch of hoppiness and biscuit malt. The First Immortal Double IPA is copper in color with hop forward citrus aromas, strong floral notes and a solid malt backbone exuding flavors of caramel and licorice. Buy 4 bottles (2 of each) and get 1 FREE Glass!  CLICK HERE FOR THE DEAL!... 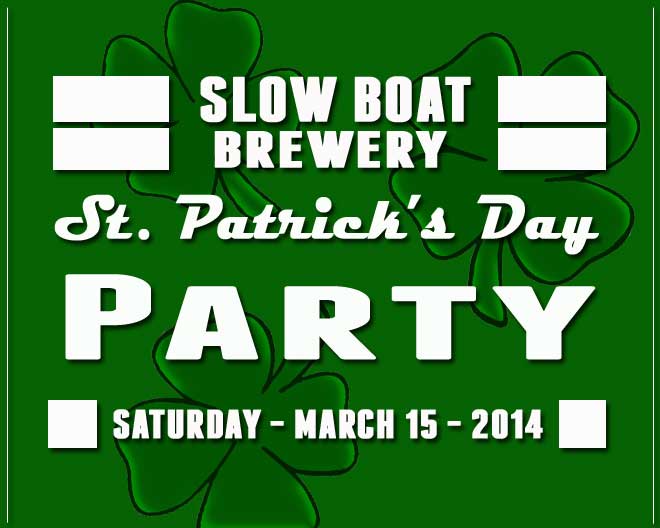 Monday is St. Patrick’s Day so we’re celebrating on Saturday night! Saturday is St. Paddy’s Day at Slow Boat Brewery! Come to the Taproom and order with an Irish accent to get 30 kuai pints of our St. Paddy’s Day Stout! Or come dressed from head to toe in green (and we mean full body!), and we’ll give you a free pitcher of beer! We’ll be doing Irish car bombs with our St. Paddy’s Day Stout all day long and, Irish tunes, and we’ll also have LIVE OLD TIME & BLUEGRASS FROM 7-9pm. There will also be plenty of Jameson to go around for all you truly Irish folks.   ... 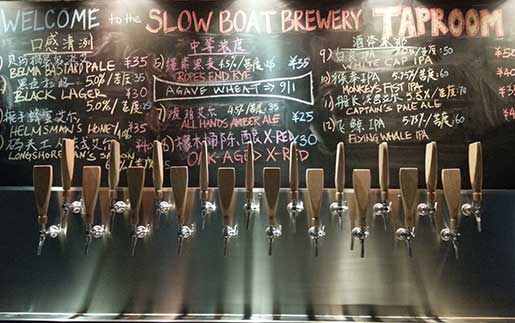 2014/2/11 In addition to all of our regularly scheduled promotions listed below, this Wednesday we have our two high gravity (high alcohol) brews on special for 10rmb off.  That's The First Immortal Double IPA and the Sea Anchour Imperial Vanilla Stout both for 10rmb off all night. This Wednesday's Beerjinger Growler refill: Three Sheets Coffee Porter and Angry Seas Black IPA for 120rmb. This week's new beer releases: North Star Anise Porter (6.2% ABV, IBU 32 SRM40) Medium bodied porter with hints of chocolate and star anise ending in a creamy finish. The Cannon Smoked Porter (ABV 4.5%, IBU 25, SRM 32) Dark in color, light in body and Apple wood smoky in aroma. Toasted and roasted notes blend with the smoked malt and a crisp finish.  Chinook hops were used for bittering and Willamette hops for aroma.  This beer is available ONLY at Home Plate BBQ locations. Ongoing Weekly Events: TUESDAY: 2 FOR 1 BREWSDAY TUESDAY Every Tuesday, 5-10PM Get your friends together and enjoy 2-for-1 pints of select brews every Tuesday from 5-10pm.  Selections rotate but normally include one light, one medium bodied and one hoppy (IPA) brew. WEDNESDAY: BEERJINGER GROWLER HAPPY HOUR Every Wednesday, 7pm – CLOSE If you’re a BEERJINGER club member OR if you're the proud owner of a Slow Boat Growler then Wednesday night is for you.  A different happy hour offered every Wednesday from 7pm to close.  Secret handshake required. THURSDAY: RMB 70 PITCHER NIGHT Every Thursday, 7-10PM Bring your friends (or come alone... 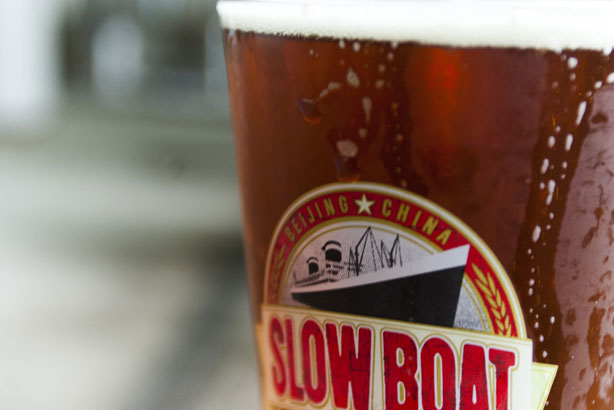 That’s what Slow Boat Beers are.  We’re turning our back on green bottles, hot storage, flash cooling, adjuncts and chemicals that artificially preserve beer.  We don’t do that shit.  Our beer is unpasteurized, chemical free, and served in brown glass, stainless steel, or straight from the keg.  More importantly, our beer is stored cold, transported cold, and tapped from a cold keg or bottle straight into your glass.  From our fermentation tanks to our cold storage and finally to your glass, it’s always cold which means that what you get is real beer – the way beer was meant to be. Whether from our brewery in mountains surrounding Beijing or from our bottling operation in the United States, it’s always kept cold, always served fresh. Not many breweries can make that claim but Slow Boat Brewery can....

Slow Boat Brewery & Home Plate BBQ Announce Collaborative Brew  “The Cannon”Rauchbier Beer now available Beijing, China, January, 3 2013 - Slow Boat Brewery in collaboration with Home Plate BBQ introduce The Cannon Rauchbier, brewed with a combination of apple wood smoked malt and heavy helping of chocolate specialty grains, on tap only at Home Plate BBQ’s Sanlitun and Sanyuan Qiao locations. Rauchbier is a type of beer with a distinctive smoke flavor imparted by using malted barley typically dried over an open flame. The Rauchbiers of Germany in particular are the best-known of the smoked beers. “This is a style of beer that we never had a chance to produce before because we didn’t have the ability to smoke the ingredients”, said Daniel Hebert, Slow Boat’s brewer.  “When Adam Murray showed us the new smokers he imported from the USA, we knew that it would be possible to begin experimenting on new smoked porter recipes.” “The Cannon is a collaboration between Slow Boat Brewery and Home Plate BBQ,” says Chandler Jurinka.  “Adam Murray used his 1600 lb Lang smoker to smoke 100kg of Slow Boat’s grains for 4 hours.”  The resulting beer, called “The Cannon”, is dark in color, light in body and Apple wood smoky in aroma. Toasted and roasted notes blend with the smoked malt and a crisp finish.  Chinook hops were used for bittering and Willamette hops for aroma. (ABV 4.5%, IBU 25, SRM 32) The point of this was to make a beer that celebrated the opening of Home Plate’s flagship location in Sanlitun and pair well with Home Plate’s menu items.  “The Cannon pairs well with the ribs, but it also goes well with just about anything else on the menu,” said Chandler Jurinka. The Cannon Rauchbier was specifically made for Home Plate BBQ and will only be sold in their two Beijing locations.... 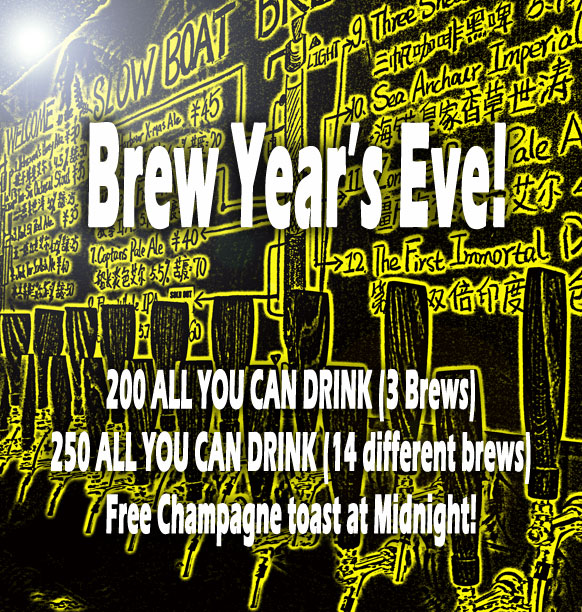 Grab your friends and celebrate the passing of another amazing year in Beijing! Here's the deal: 200 RMB All you can drink (3 beers) 250 RMB All you can drink (14 different beers) Free Champagne toast at Midnight Bottles of Champagne given for best Instagram photos (#slowboatbrewery) Not interested in all you can drink? For every beer purchased you get a memorial “First Immortal” coin (named after our Double IPA) redeemable in 2014 for free beer. (Limit 3 per person) Brew Year’s Eve at Slow Boat Brewery Taproom! ... 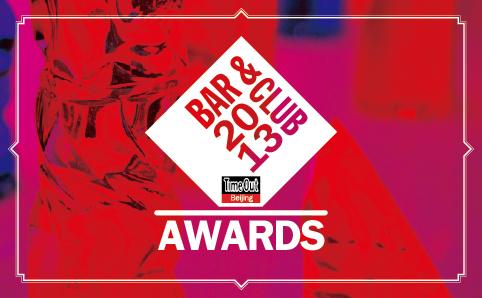 We at Slow Boat Brewery are very proud to announce that we now have bottled beer ready for distribution.  These beers are unique in flavor, unparalleled in quality, and available only in Beijing, China. The First Immortal Double India Pale Ale 8.0% ABV / IBU 65 Tie Guai Li (铁拐李), the first of China’s Eight Immortals, is the inspiration behind this beer. His gourd held elixirs that eased suffering just as this beer will. Our Double IPA is copper in color with hop forward citrus aromas, strong floral notes and a solid malt backbone exuding flavors of caramel and licorice.           Zombie Pirate Pale Ale 4.75% ABV / IBU 45 The Zombie Pirate Pale Ale is named after China’s most infamous pirate, Zheng Shi (郑氏), who commanded the China seas in the early 19th century. Amber in color, this beer is a medium bodied Pale Ale made with 2 row malt and American hops. Aroma of fresh but subtle citrus hops.  Finishes semi-sweet with a touch of hoppiness and biscuit malt....